When I read the newspaper this morning, two important birthdays  appeared into my eyes: the birth a day like today  in 1527 of Philip II, under whose historic reign Spain became a great empire, and Albrecht Dürer in Nuremberg , 1471, city ​​where his father, a goldsmith originally from Hungary had emigrated.

As art is mine, I will talk about  the latter, which exerted a powerful impression on me in a sample that was in 2005 about the works that he guards the Albertina in Vienna, and traveled in an exceptional way to the Prado Museum .

What prodigious representing hands, difficult subject to capture with this perfection!

We said that his father had come to the capital of Franconia, attracted by the prosperity enjoyed by the city. And he was right, the result of its decision, the family enjoyed a certain level social rank, above the craftsmen, which allowed very young Dürer interact with circles of intellectuals and humanists, of which emerged later some of its major customers.

His artistic training as a goldsmith increased development of his extraordinary faculties for observation and thoroughness. His drawing skills soon inclined him towards painting. 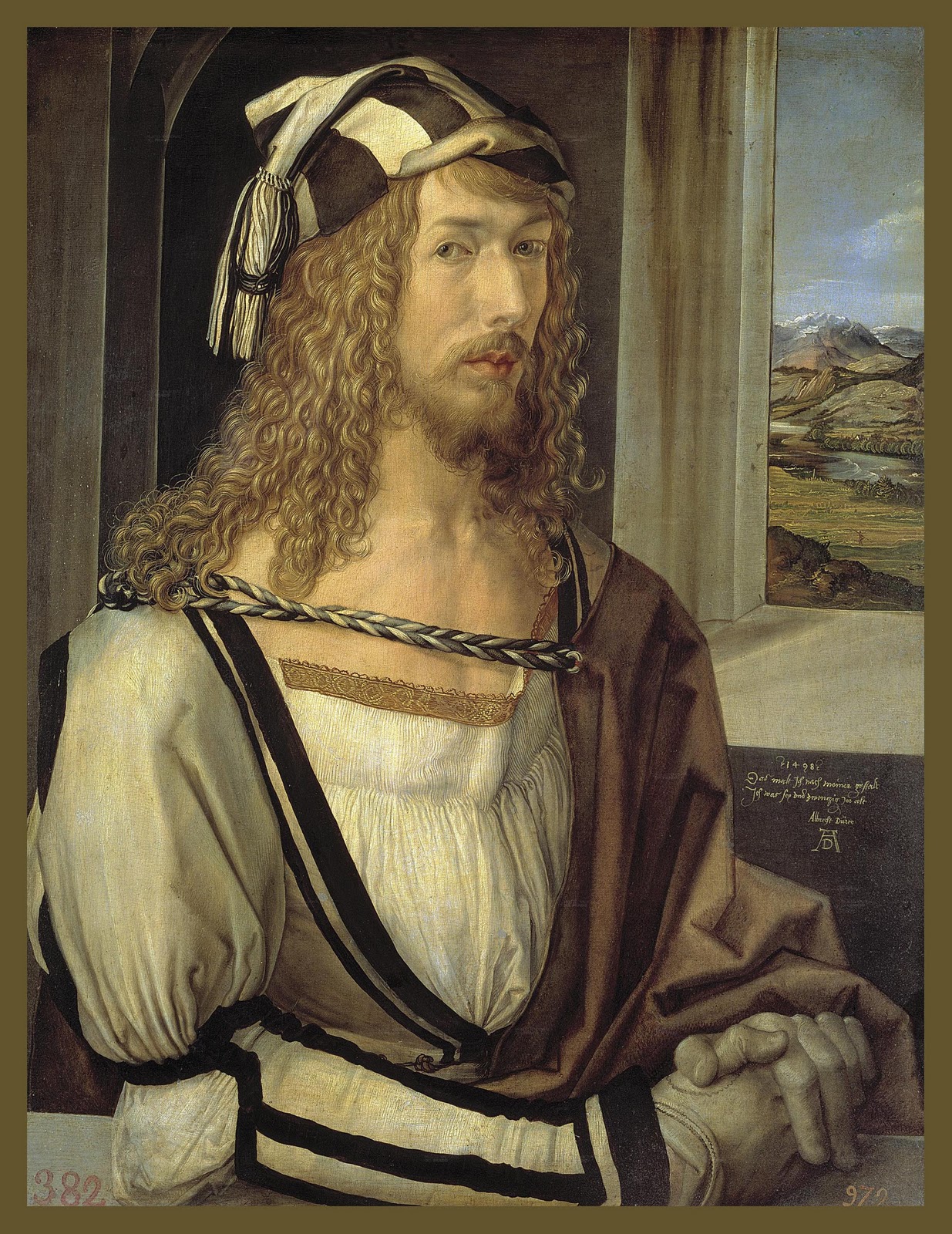 The image representation has always been among their concerns.

After traveling in Colmar, Basel and Strasbourg, where he acquired knowledge of the technique of engraving, returns to his hometown to marry Agnes Frey, union agreed by the family to ensure economic stability.

No other artist was able to recreate nature in a way as truthful as he.

In the fall of that same year made his first trip to Venice, with the intention of meeting the new language of Italian Renaissance, thereafter, decisively influenced his art, by the memory of the ancient classical learning of Pollaiuolo and Mantegna treatment of the nude.

Plasma her beauty humanist ideal. The man at the center of creation.

His return to Nuremberg provided with the baggage of experiences opened doors notoriously scholarly circles and facilitated numerous commissions. Thus contributed greatly to the cultural renewal of Germany under humanistic precepts.

His paintings of animals endowed with an extraordinary degree of visual richness and nuances. They say in the rabbit eye is reflected his face.

And there he continued his work as a painter and engraver, and this facet mainly his fame crossed borders. During his second Venetian voyage his fame had preceded him, and was received with honors including by Giovanni Bellini.

On his return Maximilian I appointed him court painter, so that as of 1512 her work mainly headed to exalt the imperial power until the monarch’s life is suddenly cut short in 1519, and with it financial rewards that guaranteed the monarch. He travelled with his wife to the Netherlands to ask  Carlos V the continuity in this remuneration.

Dürer prepares his papers, the colors to create the wealth needed to be to have a painting, and plasma traits portrayed.

But unfortunately malaria had seized him. and he said with all virulence on his return to his country.

Although he continued his work as a painter and engraver, during his later years he devoted himself especially to the development of theoretical texts, showing special concern for the study of geometry, perspective and proportions of the human body.

Dürer died in 1528. Behind him he left a key to explain the shift from the medieval mind to the modern age. His role was crucial in the history of the painting, which today could not understand whether contributions like hims.

I hope you have enjoyed!