As I promised here is the Avant-gardes third and ultimate part.

From the second half of the twentieth century New York replaced Paris in his role as artistic center, being a land where no one has lived the war devastation .
The artwork becomes an object of consumption within the capitalist system, multiplying museums, modern art collections, biennials and exhibitions.

Solomon Guggenheim New York.
There is a limit avalanche currents imprecise engaged each other and in that mix different artistic languages.
The traditional techniques and materials will be displaced, and unconventional media were used as the body itself.
From the 80 there will be a plurality of trends that continues today.
The last quarter century artists introduce themes that reflect concern, globalization, immigration, feminism, the environment …

It takes place during the 40s and 50s in New York.
The automatic will significantly surrealists in abstract expressionism.
Recovers art passion for art. The painting is thus an event, an encounter between the artist and the material used.
It is a gesture painting used in expressive colors and large formats.
The artist is interested in being perceived almost total body involvement in the creative process.
We know two fold: 1. Action Painting (action painting)
2. paint color fields (color field painting)

It was in Europe that the United States Abstract Expressionism, although the differences between the two movements are remarkable.
The informalistas felt disillusioned by Western culture, refusing the traditional way of painting.
Although abstraction are attracted sometimes include figurative elements.
Investigated with various materials (sand, plaster, dirt, rocks, etc.). Creating works that were called matéricas.

The so-called “popular art” emerged in the decade of the 50 in Britain and the United States as opposed to abstract expressionism that had opened a gulf of misunderstanding between art and viewer.
The Pop recovers figuration to that art can be understood by the public.
They use more elements of everyday consumer society more recognizable by the public on foot: banners, packaging, comic strips, or the faces of the figures in the music world and the world of Hollywood.
Seriation introduced in the art world, this is the same picture is repeated several times in different colors in the same box.

In the 60s a number of trends emerge as an alternative to abstract trends prevailing in Europe and the U.S.
These proposals call for rendering realistic images more or less, in each case on the basis of different criteria.
Many of these trends maintain connections with Pop Art
Within this new configuration highlights the work of Francis Bacon. Using isolated deformed figures and claustrophobic interiors, English painter reflected this better than anyone the feeling of uneasiness of his time.

Meanwhile the new French realism is closer to reality through a process of appropriation of elements of the consumer society, recycling, accumulating them, compressing or packing them.
In narrative figuration resort to television, film, advertising and the comic to raise a critical conception of society.
The Hyperrealism point making photography; their representations are to pursue a greater realism to the camera, illusionists and paradoxical recovering procedures.

In the first half of the 60 was developed in the U.S. a current exalted pictorial geometry, crisp lines, hard outlines, expository simplicity and the primacy of color.
Attach more importance to analysis to action or emotion
Employ nontraditional media forms that just determining the compositions.

• The expression of the movement is the main concern of these two abstract tendencies.
• The works are composed of elements are arranged methodically optical illusion, the cause virtual motion on the retina of the viewer on a flat surface.
•.
• The viewer has an active role in the contemplation of the work.
• kinetic art refers to all works that reflect the different types of motion.
• When considering the two dimensions of insufficient canvas usually make sculptures, installations and mobile materials like aluminum, steel or plastic.
• The OP ART refers to works that are based on optical and visual sensations that are perceived by the human eye.
• The mechanisms used in the aim to generate a sense of virtual movement in the viewer’s retina.

These three artistic trends have in common time of onset in the early 60s, and his reaction to the commodification of art.
Minimalism is characterized by extreme simplification from geometric shapes industrial look.
The organic materials used Povera and poor in order to disrupt the viewer’s reflection.
Land Art wants to remove the artwork from the Museum, for transfer to the nature.
Deserts, glaciers, rivers and fields are to support artists remnants of his works, trying that they come alive in the solitude of space.

It was a movement that appeared in the mid-60s and remained until well into the 70s.
Is influenced by the Readymades of Marcel Duchamp.
Ideas and concepts are more important than the finished work of art.
It rejects the idea of the art object as a commodity.

They are ephemeral art forms, used by artists of various schools and countries since the 50s.
BODY ART The artist uses her body as an expressive and artistic support, in order to investigate the physical and psychological reactions it has to different stimuli.
The word means HAPPENING event.
In an attempt to relate art and life, the public is actively involved in actions which mixes elements of different languages ​​(music, theater, painting ..)
The PERFORMANCE also combines elements of theater, music and visual arts.
It differs from the Happening where actions are planned, and there is no active public participation.

From the 80 is in crisis the concept of art, giving way to postmodernism.
It revises and reinterprets the past. Many streams retake the painting as an expressive medium.
Currents arise neo-expressionist figuration that retrieve and subjectivity.
ALEMAN neoexpresionismo
Its members, under some influence romantic and a great sense of nationalism, expressed through violent language.
Italian trans
Its members are like nomads who roam the historic tradition of artistic movements, to take from each what meets their aspirations plastic.
And express their vitality and their own conscience.
BAD PAINTING
In the same vein born this current abstract expressionist influences of artists like Schnabel

. A significant aspect is the rise of photography, which is presented below as the sovereign work instrument in its own right.
. It is also important to emphasize the importance that has taken the art of peripheral sites, in a globalized world (Africa, Latin America, and Asia) breaking the dominance of Western art as well as that done by women.
. In recent years there have been new support for the arts as a result of technological breakthroughs in communication.
. The audiovisual media, computer, and Internet have made alternative ways of expression that are reflected in the new forms of art.

A complex, multifaceted and exciting reality in the nowadays art. Hope you enjoy!

With this proposal we try to bring you one of the most fascinating and misunderstood periods of art history: the birth and growth of the avant-garde, a crucial event in the break with the dominant tradition from to 4 centuries.

This trip is structured around three sections: 1. The appearance of the first innovative movements; 2.The development of the historical avant until the outbreak of World War II, and 3. The emergence of most original artistic trends in the art of the second half of the twentieth century.

In the late nineteenth century a new society emerges, as result of scientific, philosophical, political changes … and art will echo these changes.

There are new aesthetic theories that will accommodate both the beautiful as ugly and the vulgar. This contributes both Romanticism, pushing subjectivity, such as realism, with its elevation of the everyday and anecdotal to the level of art. 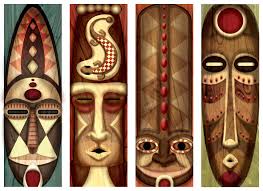 Currents arises a series of individual personalities that are far from linear perspective and modeling of the Renaissance.

The artist ponders its true role motivated by factors such as new discoveries and theories, as a) the Einsteins relativity, b) the optical laws c) Freud’s psychoanalysis, d) the emergence of media transport, result of the Industrial Revolution, and especially e) the development of photography, which drives him to paint, and not what you see, but to interpret it in a more personal way. 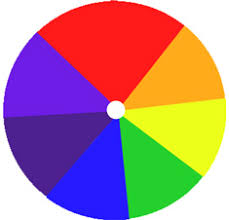 Figurative system is in crisis, you start to appreciate painting for its own qualities and abandons the conception of sculpture as mere statue.

Art has become a vehicle for transmitting experience and knowledge.

The story begins in 1874 in the studio of the photographer Nadar, which presented some works by painters like Monet, Manet, Renoir, Degas, Pissarro and Sisley.

We can summarize its principles in three characteristics:

1. His biggest concern is the representation of light

2. The colors are juxtaposed on the canvas, to be the viewer’s retina which merges the result.

3. Use a loose brush, allowing them to paint faster.

His story begins in 1874 in the studio of the photographer Nadar, which presented some works by painters like Monet, Manet, Renoir, Degas, Pissarro and Sisley.

We can summarize its principles in three characteristics:

1. His biggest concern is the representation of light

2. The colors are juxtaposed on the canvas, to be the viewer’s retina which merges the result.

3. Use a loose brush, allowing them to paint faster.

It was one of the first alternatives to impressionist painting. Its main protagonists were Seurat and Signac.

These painters provide a scientific basis to Impressionism.

They analyze the effects produced in a color that surround by small dots of pure tones.

It is composed of series of independent artists, based on teachings Impressionists, investigated new forms of expression, interpreting reality from the light, color and drawing.

It was the most revolutionary. Simplifies the volumes of nature in a series of geometric shapes (cylinder, cone and sphere)

The dutch expressed with twisted and meandering brushstrokes and a colorful expressive,  vehicle of his emotions

He was standard bearer of primitivism, he moved to Tahiti in full production in search of pictorial culture without conventions.

His painting exalts colour, used in a symbolist and decorative sense.

HENRY DE TOULOUSE LAUTREC. Find in cabarets and parisian cafes inspiration for their works. Retrieves the value of the line and drawing. Raises the billboard to the art level.

• By 1880 there is the symbolism, a movement that rescues intuition, imagination and the power of the symbolic through images, representing ideas and contain a message.

• The Symbolists escape from reality, and to do take refuge in literary worlds, hidden and mysterious.

• The symbolism is ultimately a defense of spirituality directly related to music and literature.

This movement, known as Art Nouveau in France, is closely linked to the symbolism.
It is a style that recreates in nature, using curves and sinuous lines.
It reaches all the arts, and most important area will be the applied arts.
Special importance will Gaudi Catalan modernism, or the Belgian Victor Horta. 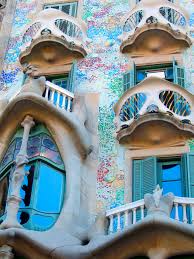 In this movements we find the born of the XX century art. Tomorrow we´ll see the historical avant-gardes. I hope you liked!!